In every Leader Dog lies the heart of a Lion.

Members of the international humanitarian organization, Lions Clubs International, founded Leader Dogs for the Blind in 1939 and Lions have been dedicated ambassadors and loyal supporters of the mission since that time. Over 4,900 Lions Clubs both nationally and internationally contribute financially to Leader Dog. Lions identify people in their community who could benefit from Leader Dog’s services, offer assistance to our clients and widely communicate information about our programs throughout their hometowns and districts.

Lions step forward to support the people we serve in significant ways, acting as Leader Dog Chairs in their districts, as puppy raisers and hosts for our breeding stock dogs and as advocates for the community of people who are blind or visually impaired.

Lions Clubs International is the world's largest service organization,  a global leader in serving people who are blind or visually impaired, and a valued partner to the Leader Dog mission.  We are deeply grateful for our longstanding relationship with Lions and proud of our collective impact.

History of Lions and Leader Dog

It all began in 1938, when Charles A. Nutting, Donald P. Schurr and S.A. Dodge led the Uptown Lions Club of Detroit in establishing a school to train guide dogs for people who are blind. Their motivation was Dr. Glenn Wheeler, a fellow Uptown Lion whose attempts to be accepted by another guide dog organization proved unsuccessful. The first clients were housed at the Park Avenue Hotel in Detroit and graduated in the fall of 1938.

On April 4, 1939, Lions Leader Dog Foundation was incorporated as a Michigan nonprofit. In May 1939, the Foundation leased a small farm in Rochester Hills, Michigan to house their new venture. Fifty dollars per month rented a farmhouse for the clients and staff, a barn for the dogs and a garage.

On October 8, 1939, the first class of the official Lions Leader Dog Foundation graduated. The cost to graduate a client/dog team was $600.

Soon after incorporation, on June 15, 1940, the new name “Leader Dog League for the Blind” became official.

Leader Dog received a new Executive Director in 1951, Harold “Pock” Pocklington. Pock had been on the Board of Trustees since 1948 after he first visited Leader Dog while a District Governor-Elect. Leader Dog’s global ties to the Lions began strengthening in 1953 when S.A. Dodge served as president of Lions International, bringing Leader Dog to the Lions at the highest possible level. Melvin Jones, founder of Lionism, gave Leader Dog his personal endorsement in 1958.

In 1963, Lions International President Jorge Bird of Puerto Rico became involved with Leader Dog when he brought a Spanish soldier, Francisco A. Garcia, who had been blinded by a shell explosion, to get a dog. Until this time, the Lions were unable to establish themselves in Spain because its leader General Franco opposed having international associations in the country. However, when Garcia returned to Spain he received much press and Franco became aware of him. When President Bird was finally able to get an audience with Franco, he provided approval for Lions to establish themselves in Spain. At this meeting, Franco recognized the Lions as the group that “gave the dog to someone in Barcelona.” The association of Lions of Spain and Leader Dog continues to this day. On May 10, 1968, Leader Dog received permission to use the Lions emblem by Lions International, formalizing the deep connection between the two organizations.

The Lions' sustained support of Leader Dog was celebrated in 1972 with the addition of a life-size Lion to the Downtown Rochester training facility. The 2,200 pound statue was installed by the Shelby Township Lions and was designed and constructed by Gan Jacobsen (who became a long-time Trustee of Leader Dog). During this decade, Pock, who was still serving as Executive Director of Leader Dog, was twice elected to the Lions International Board (1974–75, 1978–79).

In April of 2013, LION Magazine listed Leader Dogs for the Blind as one of the “10 Brilliant Breakthroughs in Service.” In November of 2013, Leader Dog, Lions Clubs International, and partners Purina Pro Plan and the Iowa Department of Corrections jointly received the Community Partnership Award from the Mutual of America Foundation for Leader Dog's Prison Puppy Raising Program. The program places Leader Dog puppies with inmates for their first year of life.

Lions Clubs throughout the world have continued to support Leader Dog and its clients financially, brought thousands of people who needed assistance through Leader Dog’s doors and have continued to serve on the Board of Trustees. They are puppy raisers, volunteers, breeding hosts and so much more. Many recipients of Leader Dog services have become Lions after experiencing their support and mission firsthand.

To this day, the mission of the Lions, “We serve,” perfectly complements the Leader Dog mission of empowering people who are blind or visually impaired with lifelong skills for safe and independent daily travel.

Update your club or individual information to stay in touch. 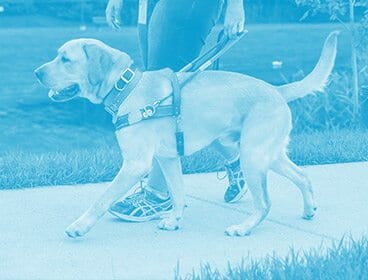 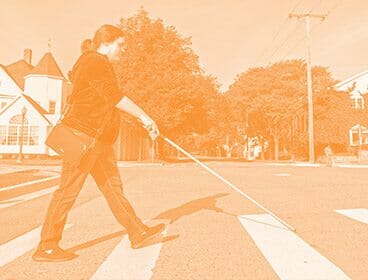 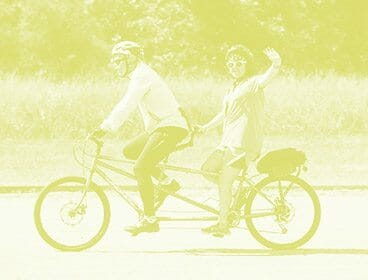